Rushing through life has become a way of life. Days are cluttered with commitments, routines and devices. At Tempus Cellars we take time for what matters and encourage you to do the same. Slow and timeless techniques make our wines true to their roots and their variety. You won't find the latest craze, experimental blends or concrete eggs; just simple, Old World methods and a lot of patience. Rediscover the slow life with friends, family and Tempus Cellars.

With slow and timeless techniques, Tempus Cellars has been producing beautifully elegant wines since 2006.

What really sets our wines apart is our patient approach to maturation. Red wines are aged for 22 months in 100% French oak and another year in bottle prior to release. This produces a polished, ready-to-drink wine that will continue to evolve in the cellar.

Our wine club is the best way to experience Tempus Cellars, with three allocations per year in March, September, and December.

Winemaker Joe Forest will introduce you to our latest releases at an intimate pick-up party with great food and wine—or you can opt to have your allocation shipped to you instead.

All members have exclusive access to our Wine-Club-Only Allocation: a wine of unparalleled quality created from the best few barrels of the entire vintage, offered exclusively to our Wine Club. 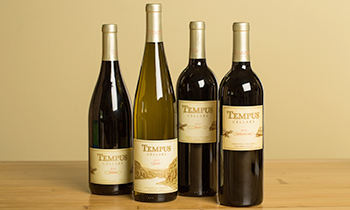 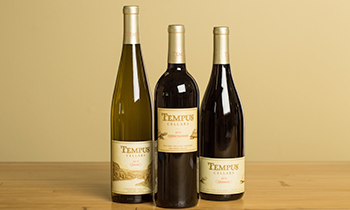 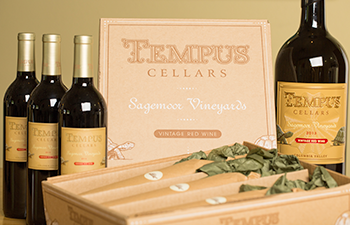 All members have exclusive access to our Wine-Club-Only Allocation: a wine of unparalleled quality created from the best few barrels of the entire vintage, offered exclusively to our Wine Club.

To schedule, email spokane@tempuscellars.com, or call 509-279-1576.
An assortment of artisan foods is available for purchase, enhancing the experience of our wines.

We host two Seattle pop-up events per year in September and March to give you time for a more leisurely encounter with our wines. Winemaker Joe Forest samples new releases with carefully curated food for a truly unique sensory experience.

Sagemoor Vineyards began providing premium wine grapes to many of the independent wineries emerging in the 1970s and 80s.

Our inaugural Bordeaux-style Blend in 2006 was mainly sourced from Sagemoor's "Old Vine" Bacchus Vineyard, planted in 1972. Each vintage since, the portion of Sagemoor Vineyards has increased.

Our block of Grenache in the Yakima Valley offers us perfect conditions to grow and create textbook varietal character. Situated high up off the valley floor, cooler temperatures retain bright acidity and lower alcohol levels. Grenache has a wonderful ability to express mineral tones, thus the rocky cobblestone soils from an uplifted riverbed, pre-Missoula floods, gives our Grenache its intense character.

The Night Tempus was Conceived

The final show of Bob Dylan's 2001 European Tour in Taormina, Sicily was held in a 2,000 year old Greek amphitheatre.

Winemaker Joe Forest had been following the tour across Europe, but this day was special, an attack on the senses.

A strong sulfur smell emanated from Mount Etna, while a cool breeze blowing in off the Mediterranean moderated the summer heat.

While at dinner before the show in the Piazza IX Aprile, Joe had an out-of-body experience as he looked across a sea of tables with a bottle of wine on each one. That was the instant he knew he wanted to be a winemaker.

The show that followed was the greatest musical experience of his life, but it was that moment in the Piazza that began his journey as a winemaker.

The son of a teacher and home winemaker, Joe grew up around wine. After graduating from the University of Washington in 2000, Joe began working at Seattle's iconic Wild Ginger Restaurant, mostly for the opportunity to travel and have fun in his early twenties.

After his epic journey through Europe with Bob Dylan, Joe started to pursue winemaking. He moved to Walla Walla after volunteering at the Betz Family Winery in Woodinville, and interned at Seven Hills Winery. Before he founded Tempus Cellars, he was instrumental in growing Dunham Cellars' production from 10,000 cases per year to 25,000.

Joe created the first vintage of Tempus Cellars in 2006 with 250 cases. He bucked the trend of harvesting late and aging reds for only a short time in barrel. Instead, he picked grapes earlier and aged his reds in 100% French oak for 22 months.

While the annual case production has grown to 1,500, Joe's commitment to creating complex wines has remained the same.

Most new wineries rush their wines to market, but Joe wanted to follow a more time-honored tradition, choosing to set his red wines apart by aging them for nearly 2 years in French barrels.

The tortoise on our labels reflects the Tempus way—slow and steady, focused on time and tradition rather than trends.